"On-farm hatching is a logical development, considering that everything in the poultry chain that has to do with 'life' is linked to the farmer. According to research by the Dutch Council on Animal Affairs, consumers think it is perfectly logical for eggs to hatch on the farm. They are not aware that things are different in practice."

Peter Koelewijn and Freek Leijten have a lot of knowledge on 'on-farm hatching' within the Vencomatic Group, recently we received a compliment via Twitter from the Dutch Society for the Protection of Animals: "Chicks that hatch in the house do not need to be transported and have food and water immediately. A nice development that fits in with #DeltaplanVeehouderij. Front runners Vencomatic Group One2Born NestBorn and Home Hatching show that it is possible." 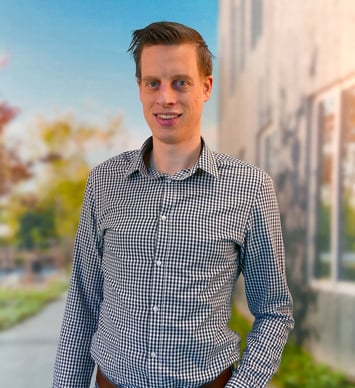 "We have been doing on-farm hatching for a long time, our Patio is based on it. The parts of the Patio that deal with on-farm hatching are have used separately in the X-Treck, so any poultry farmer can apply it."

"The idea of on-farm hatching is unfortunately only slowly being adopted in the chain, because it is quite rigid. The poultry farmer has little say, the chicken meat chain is mainly controlled by slaughterhouses, hatcheries and of course the supermarkets. The poultry farmer is allowed to choose which concept he develops, entrepreneurship and power of innovation are only further restricted."

"So it is the people who have their feet in the clay who are restricted, because the chain is fairly locked in at the end. That is a pity. We try to stimulate entrepreneurship and innovation, for example with the X-Treck. Research by Laura van der Star shows that on-farm hatching is also best for the chicks. Fortunately, supermarket chains are increasingly seeing it that way."

Why is on-farm hatching so important according to the Dierenbescherming?

"The most important issue for the Dutch Society for the Protection of Animals is that the chicks are not hatched in an industrial environment. We let the chicken hatch where it grows up, an environment with little stress. The chicken does not have to be transported or processed by machine. The Dutch Society for the Prevention of Cruelty to Animals is in favour of direct feeding and watering, in the hatchery if necessary." 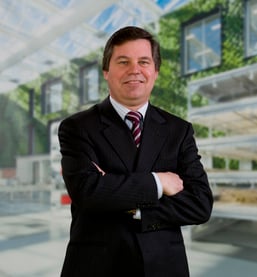 How does the Dierenbescherming assess on-farm hatching?

"The Dutch Society for the Protection of Animals uses a star system to rate animal welfare, but unfortunately on-farm hatching is not a criterion. Innovations are not taken into account anyway, farmers are not rewarded for this. For example, they have to slow down the growth of the chicks at the end because otherwise they would not meet the criteria. But of course it is logical that chickens in on-farm hatching start up sooner and therefore also start growing earlier."

"The Dutch Society for the Protection of Animals explicitly mentions our X-Treck in its Delta Plan for Livestock Farming. It is a system that allows chicks to hatch under ideal conditions in a traditional barn. In addition, we bring ease of labour in the form of automation. An animal-oriented development, which is the whole idea: if the chick gets a good life, the production is also good."

"For the Animal Protection Society that is interesting of course: how can we make the environment as optimal as possible for the chick. From that point of view, it is logical that they dedicated a Tweet to our system. We are very proud of that."

Palletiser for eggs: "We are very excited about our new palletiser”