"As a poultry farmer, I have to comply with more and more environmental requirements, such as on the emission of ammonia and particulate matter. The rules would only force us to invest in a few years time, but we decided to invest now. With the help of Vencomatic Group."

Ben Beerens is the owner of poultry farm Greenfarm, which specialises in broiler breeders. As a specialist, Ben wants to be ahead of the game, for instance when it comes to the environment. He was therefore looking for a heat exchanger that would also reduce the emission of ammonia and particulate matter: "There were not many systems like this on the market for our sector. We believe in the new ECO Air Care heat exchanger from Vencomatic, we are also involved in the practical side of the development. The product is still a prototype." 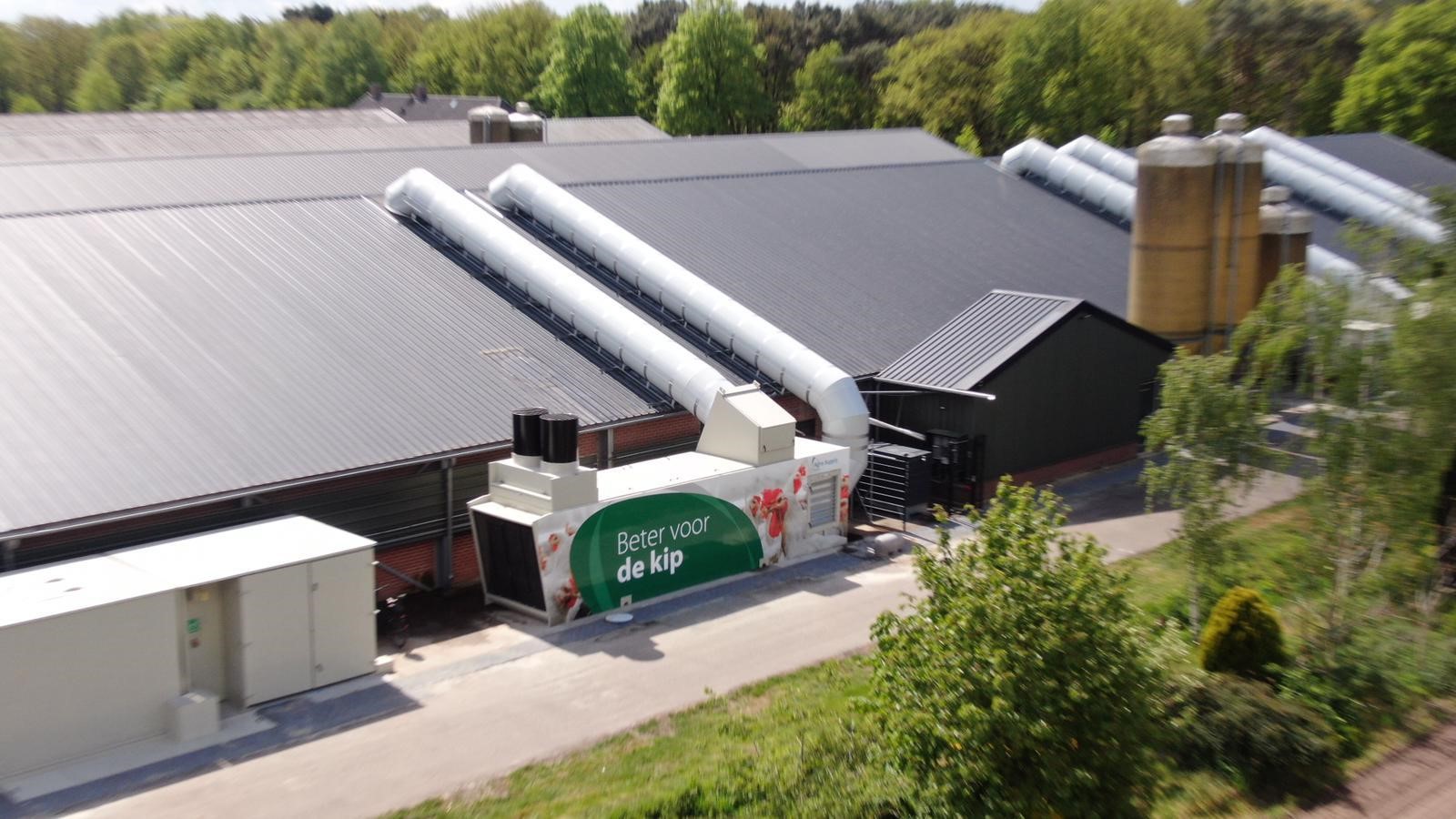 "Greenfarm is a family business, we started before the Second World War as a traditional Brabantine farm. In the course of time, we specialised in broiler farming. I don't have a particular story to tell about this choice; when I was young we had someone on the farm who was very good at working with the sows. So that's when I started getting involved with the chickens."

"We deliberately chose the name Greenfarm 25 years ago because it sounds good, we wanted to give it a nice interpretation then. Of course, the name sets a certain standard in the environmental goals, apart from the lower emissions with the Vencomatic heat exchanger, we are now also going to install solar panels. We do this mainly for the environment, but also for the direct surroundings."

"Our specialisation in broiler breeding does have advantages, for example it makes it possible to be the best. That is what we want, we want to keep developing and innovating. And then you quickly end up at Vencomatic Group, the company is constantly innovating."

What are you going to do with Vencomatic Group?

"We keep broiler breeders on two locations in Hoogeloon, with 50,000 chickens on each location. The houses are only 300 metres apart, you know, from my kitchen window I can see everything. We are now redesigning one of the houses, we want to work with low emissions and that is why we have sought cooperation with Vencomatic Group. There has been a relationship for a long time, but I already knew your contact person Victor van Wagenberg."

"We were already using a Vencomatic Group heat exchanger for ventilation in our stables. With the new Air Care heat exchangers, the emission of ammonia and particulate matter will also be reduced considerably. And the climate in the house will improve, which is very pleasant for the animals, especially in the summer. The first time I saw Vencomatic Group's new ECO system, I was sceptical, but now I believe in it. We are going to install four of them.

How is the collaboration with Vencomatic Group?

"The relationship is getting more intense now, but because the company is in the lead, you join the pack yourself. They are nice people to work with, you notice that they have a lot of technical ingenuity and we had never noticed that. In the past we mainly saw sales people, now you notice that there are also many technical people working there."

"The Air Care units have been installed, now the chickens will move in so everything has to be ready. You don't take any risks with broiler breeders, they are much more valuable than laying hens. If a salmonella bacterium is found it is end of game. You can start all over again.”

Palletiser for eggs: "We are very excited about our new palletiser”